Have a book from Sweden to recommend? Use the submission form.

Looking for a good book to read while you're traveling in Sweden? Check out my list of books about Sweden and by Swedish authors. 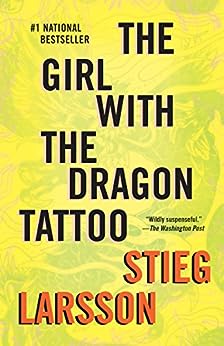 The Girl With the Dragon Tattoo

Few books have captured international audiences as those starring gifted yet socially stunted Lisbeth Salander, the antiheroine of three novels written by the original author. The first in the crime-thriller series chronicles her meeting journalist Mikael Blomkvist as they uncover the dark secrets of one of Sweden’s wealthiest families. In 2008, four years after his sudden death, Larsson was the second best-selling author in the world for 2008, behind the Afghan-American Khaled Hosseini.

The international phenomenon remained on the New York Times bestseller list for 42 weeks, thanks to the charisma of its curmudgeonly title character. Almost all of Backman’s novels have been bestsellers in his homeland, with several turned into films.

Although not as internationally famous as Finland‘s Moomins or England‘s Peter Pan, Pettson and Findus enjoy notoriety throughout Europe’s under-12 population, thanks in part to the anthropomorphic antics of Findus the cat.

Long before there was Katniss Everdeen, Pippi was kicking butt from Sweden to the South Seas, teaching kids of all genders the meaning of self-empowerment and independence — while being delightfully quirky (and downright sassy). In 2002, the Norwegian Nobel Institute listed the novel as one of the “Top 100 Works of World Literature.” Go, redheads!