Have a book from Ireland to recommend? Use the submission form.

Looking for a good book to read while you’re traveling in Ireland? Check out my list of books about Ireland and by Irish authors. 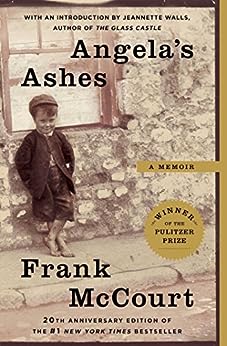 Frank McCourt’s Pulitzer Prize–winning memoir of his tragic childhood in Limerick, Ireland, isn’t always the easiest read. However, it’s McCourt’s quintessential Irish dark humor that softens the heartbreaking descriptions of abject poverty with compassion and laughter. A snapshot of a time in Ireland that seems worlds away from the current post-Celtic Tiger present. (Recommended by Shannon McClatchey, photographer, world-wandering art fiend)

As one of the most important writers of the last century, Joyce left an indelible mark on literature. Although Ulysses is widely considered one of the greatest works of English literature ever, Dubliners is far more accessible and a much lighter (in tone and actual weight) read for travelers, packing 15 stories of the early-20th-century middle-class Irish into half the pages of his magnum opus.

The Picture of Dorian Gray

In his only novel, the famed Irish playwright spins the tale of a man who sells his soul in exchange for eternal beauty, while his portrait ages in his stead. Parts of the book were considered obscene at the time of its publication in 1890, prompting the author to write a manifesto about an artist’s rights to free speech, which appeared in subsequent editions.

Three seemingly unrelated events — the first non-stop transatlantic fliers, Frederick Douglass’s visit to Ireland, and the 1998 Irish peace process — are woven together by one of Ireland’s most acclaimed living authors. (Recommended by H.E. Anne Anderson, Irish ambassador to the U.S., in CN Traveler.)