Have a book from Egypt to recommend? Use the submission form.

Looking for a good book to read while you're traveling in Egypt? Check out my list of books about Egypt and by Egyptian authors.

Also known as Children of the Alley, Mahfouz’s novel follows four characters who relive the lives of Adam, Moses, Jesus, and Muhammad; a fifth represents modern science and technology. As a supporter of banned works (particularly those banned for religious reasons), I recommend you give it — or one of the prolific author’s many other books — a read. (Aside from Lebanon, all Arab countries had prohibited the book until 2006, nearly 50 years after it was originally published.)

Written by a journalist with extensive experience in the Middle East, the “fly-on-the-wall account” offers a glimpse into seldom-seen aspects of women in Cairo society. Miles’ love of the city comes through in his honest assessment of both its allure and drawbacks. 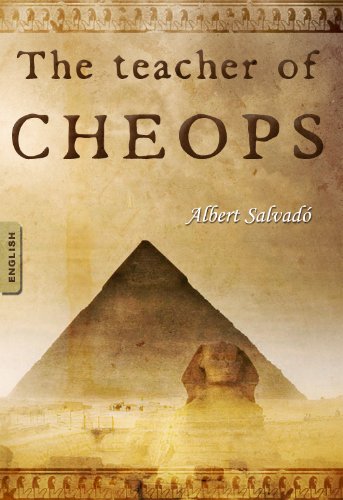 The Teacher of Cheops

From A Year of Reading the World: “Following the fortunes of Sedum, a slave during the Fourth Dynasty of Pharaohs in Egypt roughly 4,500 years ago, the book explores themes of ambition and self-determination, marking out the boundary line between responsible goals and overweening greed. As Sedum rises in status through luck and his own shrewdness, eventually becoming Pharaoh Snefru’s accountant and tutor to his son Cheops, he runs up against a series of ruthless individuals intent on sacrificing everything in their paths, including Sedum, in the interests of personal gain. These battles of wills and their extreme consequences keep the pages turning, stoking a sense of drama that draws the reader through, rooting for Sedum all the way.”