Have a book from Botswana to recommend? Use the submission form.

Looking for a good book to read while you're traveling in Botswana? Check out my list of books about Botswana and by Botswanan authors. 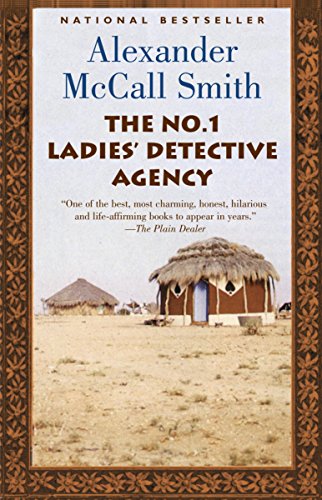 The No. 1 Ladies' Detective Agency

Despite being written by a Scottish–Zimbabwean author, the internationally beloved series shows an enormous love for Botswana, which becomes as much a character as the protagonist, Precious Ramotswe, who The New York Times Book Review lauded as the “Miss Marple of Botswana.” After becoming a worldwide bestseller, the first of the 18 books in the series was brought to the small screen in 2007 by acclaimed director Anthony Minghella.

A Question of Power

From A Year of Reading the World: “Partly autobiographical, Head’s 1974 novel tells the story of a mixed-race South African woman, Elizabeth, who comes to Botswana with her young son to make a new life. Desperate to shake off the abuse she witnessed and suffered in her homeland, ‘a country where people were not people at all,’ she looks forward to a simpler existence filled with community life and working the land. It’s not long, however, before Elizabeth’s demons catch up with her and she is forced to confront the fact that much of the misery and sickness she grew up with has taken up residence in her own mind.”