Have a book from Bolivia to recommend? Use the submission form.

Looking for a good book to read while you're traveling in Bolivia? Check out my list of books about Bolivia and by Bolivian authors. 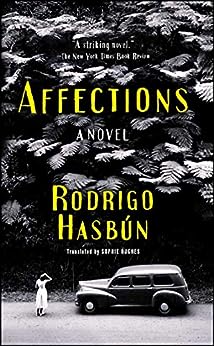 Based loosely on the life of German cinematographer Hans Ertl, Affections follows Leni Riefenstahl’s former cameraman and lover as he flees his homeland after World War II. Once in Bolivia, Ertl enlists two of his daughters to search for the lost Incan city of Paitití, while his favorite daughter joins up with local guerrillas and becomes known throughout South America as “Che Guevara’s avenger.” Hasbún’s award-winning novel has been translated into 10 languages, while the author himself has received accolades from Jonathan Safran Foer, who said of him, “He is not a good writer, thank goodness. He is a great one.”