Have a book from Argentina to recommend? Use the submission form.

Looking for a good book to read while you're traveling in Argentina? Check out my list of books about Argentina and by Argentine authors. 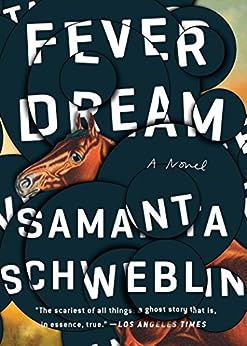 From A Year of Reading the World: “Framed as a vision arising from a woman’s delirium as she lies dying, the narrative centers on a holiday gone sour. Terror glints in the sunshine as Amanda haltingly recalls meeting flamboyant Carla and the macabre story she shared about her desperate attempt to save her poisoned son, David, by submitting him to a process of partial transmigration conducted by a local medicine woman. Yet, as the book unfolds, it becomes apparent that the malevolent forces in question are not confined to Carla’s memory, and that Amanda and her daughter Nina could be at risk from them too.” Shortlisted for the Booker Prize.

Long After Midnight at the Niño Bien: A Yanqui's Missteps in Argentina

A young American decides to visit Argentina soon after graduating from college. While exploring Buenos Aires, he happens on a night club, a milonga, where he learns to dance the tango and gets a feel for the local denizens, including a beguiling young woman who teaches him the steps and also how to avoid tangling with her jealous boyfriend. Affairs of the heart and of the dance floor look different when you’re looking through the bottom of a bottle of whisky. And it doesn’t matter what time it is.

From A Year of Reading the World: Kohan’s novel is “built around the controversial 1923 world title fight between American champion Jack Dempsey and Argentine challenger Luis Angel Firpo… Out ducks, feints and counters with a rich, complex structure, drawing in the thoughts of the fighters, the referee, the photographer, the judge, a rookie journalist more than 50 years later, two critics, and an elderly cellist. These it places with vigorous clarity, such that even through all the shifts in time and perspective, we never lose track of who’s in the driving seat. It’s a knockout.”