Have a book from Angola to recommend? Use the submission form.

Looking for a good book to read while you're traveling in Angola? Check out my list of books about Angola and by Angolan authors. 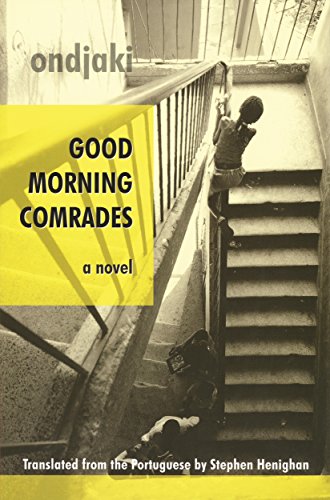 From IndieBound: “Luanda, Angola, 1990. Ndalu is a normal 12-year-old boy in an extraordinary time and place. Like his friends, he enjoys laughing at his teachers, avoiding homework and telling tall tales. But Ndalu’s teachers are Cuban, his homework assignments include writing essays on the role of the workers and peasants, and the tall tales he and his friends tell are about a criminal gang called Empty Crate, which specializes in attacking schools. Ndalu is mystified by the family servant, Comrade Antonio, who thinks that Angola worked better when it was a colony of Portugal, and by his Aunt Dada, who lives in Portugal and doesn’t know what a ration card is. In a charming voice that is completely original, Good Morning Comrades tells the story of a group of friends who create a perfect childhood in a revolutionary socialist country fighting a bitter war. But the world is changing around these children, and like all childhood’s, Ndalu’s cannot last.”