It’s funny how a seemingly inconsequential trait like a taste in music can be such a bonding experience. That’s what I’ve discovered over the past two years as I met various Takeoverees from around the world. Every time I meet a new fan, there are no awkward moments. It’s almost as if we’ve been friends for years.

That’s how it’s been with my friendship with Day 2 (aka Daniel Cassus), my fellow Takeoveree and Prenzlauer Berg neighbor. Even though I left Berlin not long after he and I met, we’ve stayed in touch more than I have with most of my other longer-term Berlin friends and colleagues. And not only did we make sure to meet up in the pit at the first Waldbühne show, he went out of his way to include me in a very special experience (more on that in the coming months).

Then there were all of the Takeoverees who flew in from around the world for the Berlin shows and all the surrounding events, from the meetup at Hotel Ultra to our Italian feast and the ensuing party at Hansa. People I’d only know from online chats and the occasional Skype call seemed like old friends within minutes of meeting.

Even after the concerts were over, the camaraderie continued. DMK (Day 3), Avital (Day 150), and I met up for an afternoon at the Alte Nationalgalerie (where we saw, fittingly, an exhibit entitled “Wanderlust” and almost got kicked out due to our incessant laughter, mainly about horse butts). After Avital had flown back home, I spent the next day with Dicken and the kids enjoying a boat ride on the Spree, making chocolate at the Ritter Sport Bunte Schokowelt, and dining on Spätzle with Daniel and Joana (Day 76). When it was finally time for us to all go our separate ways, it felt as if a huge party had ended. I had to keep reminding myself: Don’t be sad because it’s over, be happy that it happened.

And it continued to happen, as I met up with other Takeoverees around the globe. Michael (Day 104) and I closed out the DM Baar when our travel paths fortuitously cross in Tallinn, Estonia. A few months later, Avital and I reunited in NYC for a smash-bang day of history, ghost tours, and more than a few calories. 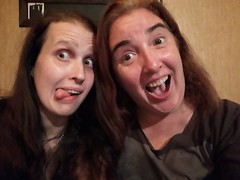 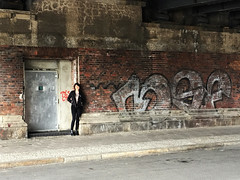 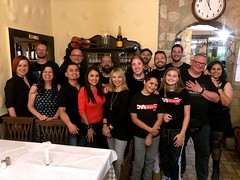 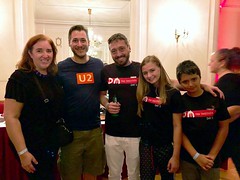 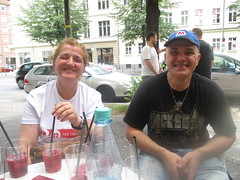 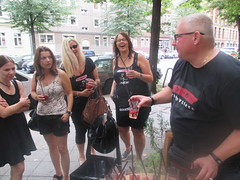 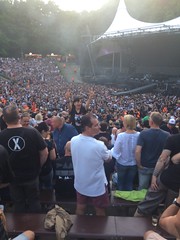 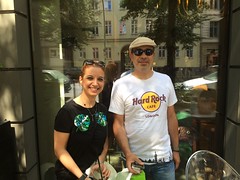 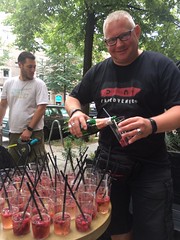 Thomas (Day 273) plays the host for other Takeoverees 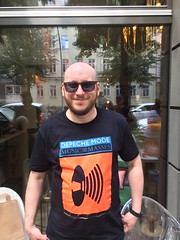 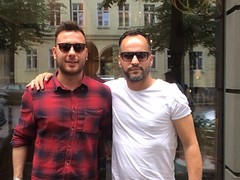 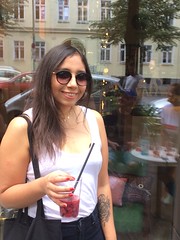 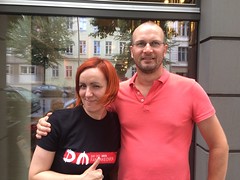 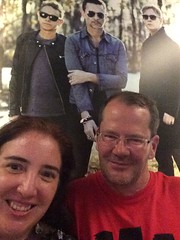 At the DM Baar, Tallinn, Estonia 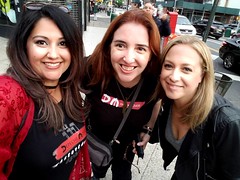 Museum of the City of New York

I’ve met so many other wonderful, like-minded souls because of this virtual experience. And although I don’t currently have any other meetups definitively planned, I do have a few penciled in, with high hopes that I’ll be reunited with my musical comrades-in-arms sooner rather than later.