I’ve hit Hershey and done Dorney, but it wasn’t until my family had lived in Pennsylvania for more than a decade that I’d even heard of Knoebels. (Hint to fellow outsiders: The K isn’t silent. And they know they forgot the apostrophe. Yes, I asked.)

The Best? You Decide

My sister swore that this was the best theme park she’d ever been to — not so much for the rides (which are great, but we’ll get to that), but because admission is free. On select days, you can buy a pay-one-price bracelet, but for the most part, you just pay as you go, with tickets to rides costing a reasonable $.50 to $2, or thereabouts. Don’t want to ride? Don’t pay. That means that scaredy-cats and others who won’t be riding don’t have to pay some exorbitant fee just for the pleasure of spending a day out with the loved ones. Drag Granny along! Just leave her in the shade and water her regularly so she doesn’t expire, and then the whole family can have a grand time. They even allow outside food and provide a picnic area with grills. Hospitality — what a novel concept!

Shade is the other key component to Knoebels’ greatness. Rather than clear-cut a forest to make way for The Whipper and The Phoenix (originally located in San Antonio, where it was known as The Rocket), Knoebels’ founding family saw to it that the rides were built around the trees. Today, guests stroll tree-shaded paths to get from one ride to the next, and there’s little worry of heatstroke in the lines, which on the Memorial Weekend we visited were never more than 45 minutes, and that was the longest of them. Perhaps the shortness of the lines could be attributed to guests not finding the place — even the Knoebels site admits that Internet mapping services have trouble locating the park.

Knoebels’ beginnings stretch back to the early 1800s, but it wasn’t until the 1920s that the true amusement foundations were laid. (Check out the early history — pretty interesting to see what accounted as “amusement” back in the day.) While newer, more high-tech rides are being added (can’t wait to see what the bobsled-like Flying Turns will be like when it opens), it’s the quaint, old-school relics that lend Knoebels its charm and which continue to entertain even ADD-addled pre-teens.

Case in point: the aforementioned Whipper. The creaky ride looks as if it had been powered by mules in the past, so simple is the roundabout construction. Cars simply travel in a neverending circle, “whipping” around corners for a brief burst of excitement. Tame, even by pacemaker standards. The Flyer, in comparison, still has old-school roots but has somehow managed to avoid the scrutiny of ride inspectors. Not that there’s anything inherently dangerous in this throwback attraction, but the mere fact that there’s a ride you can steer clear into the surrounding trees makes me wonder if the lawyers have visited the grounds lately. My niblings loved it, especially when their craft would sail through the gap in the branches created by the thousands of other daredevils who had aimed for the heavens.

In addition to the classic rides and carousel museum, which displayed some critters not normally known as tot-friendly vehicles (Care to ride the snarling pig, anyone?), Knoebels has a spate of statues, signs, and buildings whose simplicity and provincialism make you snort soda through your nose even while you quell that pang of longing for yesteryear. Unlike at other theme parks, there doesn’t seem to be a single mascot (unless you count the Halvoline “character” in the parking lot, which you shouldn’t — ever), so Knoebels has festooned the park with Vikings, anthropomorphized corn, and a hodgepodge of other characters that must have spelled “Fun!” to the park’s founding fathers. How can you not love a place where Cornelius the corn cob beckons you to enjoy the fare at the world food court? “Come eat me and my friends! Please!”

For a deeper look into the Keystone State’s hidden gem, check out Offroaders.com.

Note that the photos below are from both Knoebels and Hershey Park. 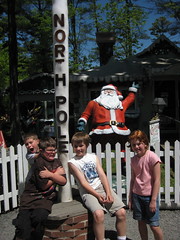 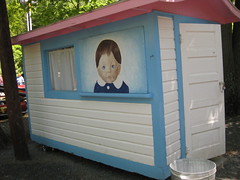 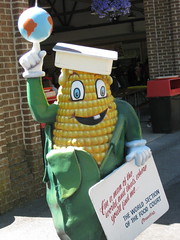 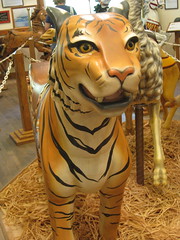 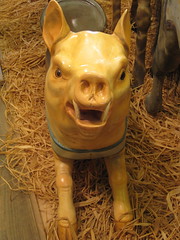 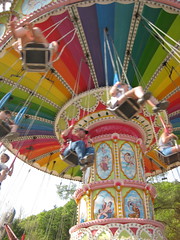 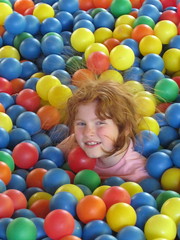 Carly in the Ball Bin 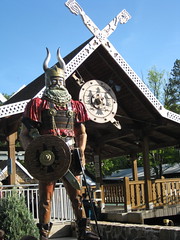 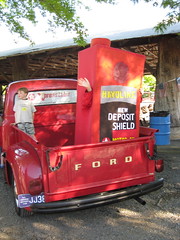 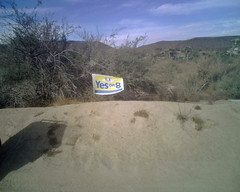 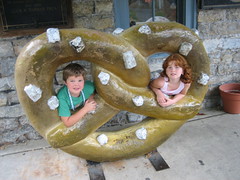 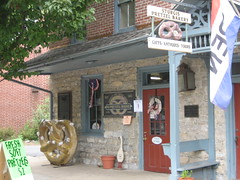 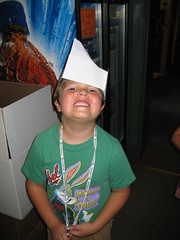 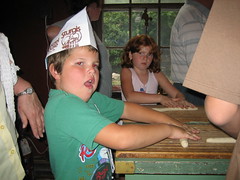 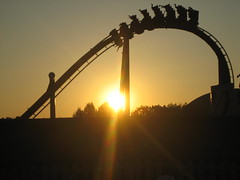 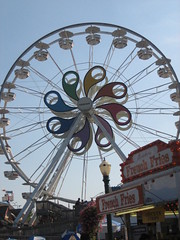 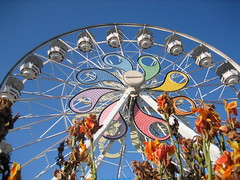 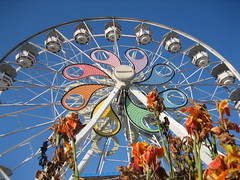 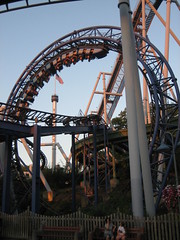 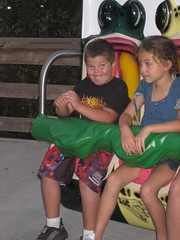 Quentin on the Frog Hopper