It’s been years since I’ve been up to Big Bear, and I honestly hadn’t given the place much thought recently until a friend of mine mentioned his film, Greetings From the Shore, was in the Big Bear International Film Festival. So up I trekked, taking the back road, CA-38, since the front was closed due to massive fires.

I pulled into the small mountain town less than half an hour before the screening to find the sky brimming with smoke, which seemed to grow closer by the second. Should we screen or should we evacuate? We chose to screen, and I’m glad we did. After a night of cheese-filled buffets and Oktoberfest chicken dances, I said goodbye to my friend and the actors from the film, who were on their way back to Temecula for yet another fest. I, however, was left to roam the hillsides of Big Bear in search of Swiss-inspired chalets, alpine slides, and abandoned animals.

After a decent sandwich at The Mandoline, a picturesque chalet-styled restaurant on the edge of Big Bear Village, I figured it was time to make good on my promise to myself to take on the alpine slide. As I rode the gondola up to the top, I watched other riders whizz down at varying speeds, some so fast I’m surprised they didn’t leap off the track. (Note to self: Any ride that makes you sign a liability waiver without letting you read the contract might be iffy.) My ride was much tamer than the daredevil whose wheels curled just over the lip of the slide as I rode the gondola above him, and I probably should have given it another whirl after getting the hang of it the first time. But instead, I opted to try to squeeze in some more mountain fun before having to return to Metropolis.

With the fire raging on the north side of the lake, I had to ditch the idea of kayaking at the Discovery Center and so instead opted for a visit to Moonridge, the area zoo. Now, I’m not a huge fan of zoos, and especially not local zoos, since the animals’ confines tend to be a great deal smaller than those at cash cows like the San Diego Zoo or The Bronx Zoo. So I was hesitant to give my money to an organization that profits off the misfortune of animals. I’m happy to be proven wrong.

Moonridge, unlike most zoos, doesn’t buy the animals they exhibit. Instead, they take in animals who might otherwise have to be euthanized, for reasons ranging from being unreleasable due to injuries (many human-inflicted) to being too tame to be able to fend for themselves. One of Moonridge’s bobcats was found declawed, apparently the result of some stupid human trying to keep an unpredictable wild cat as a pet. All of the bald eagles, save one who is blind, were shooting victims. And the zoo’s family of three grizzlies were victims of Yellowstone’s three-strike rule, having ventured one too many times into human domain. They’d been scheduled to be put down until Harley Davidson came to the rescue and forked up the dough for their enclosure at Moonridge, where they’ve lived ever since. Mama Bear was named Harley in honor of the Hog organization’s kindness.

After Moonridge, I reluctantly headed back down the hill, through the winding passes of San Bernardino National Forest, where I stopped repeatedly to take snapshots of the misty — not smoky — hills that folded over each other in fading succession. Unfortunately, Blogger is currently being a pain in my ass and not letting me upload any other photos, which bums me out since I had some good ones. Alas, they’ll have to wait. You’ll have to settle for my lame-ass alpine slide vid. 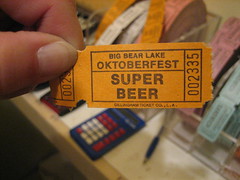 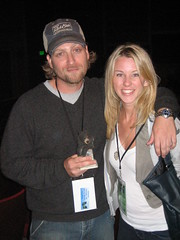 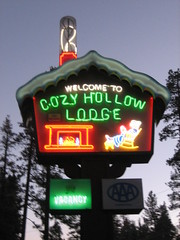 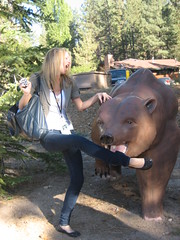 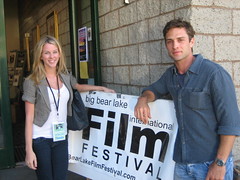 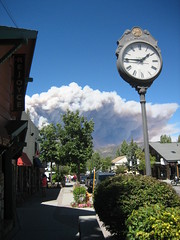 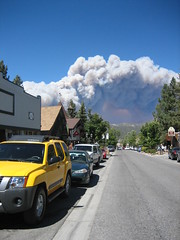 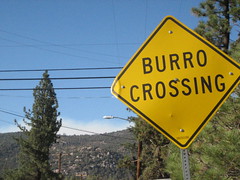 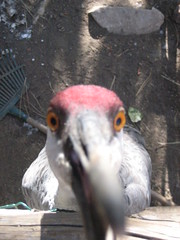 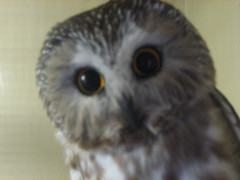 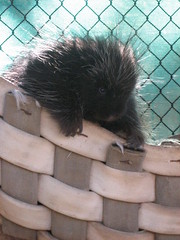 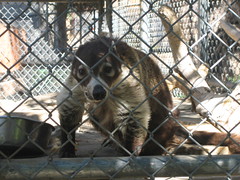 Coatimundi at the Moonridge Zoo in Big Bear 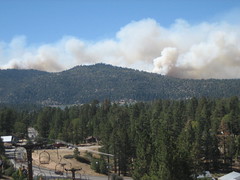 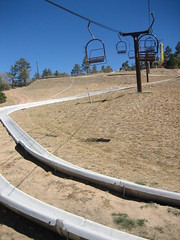 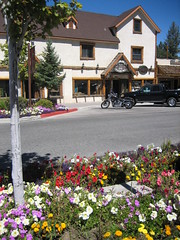 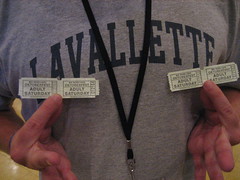